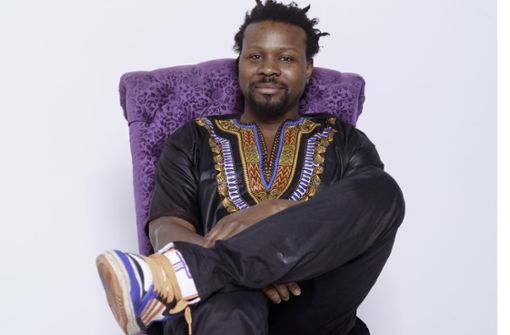 Patrick is stunned into action against the country's oppressive reigning system, even as police Colonel Nic Vos further insinuates himself into the Chamussos' lives.

Written by Focus Features. Apartheid-era South Africa was a time of abuse and persecution by the white minority onto the black majority.

The black South Africans were looked down upon and segregated at every turn. Any instance of fighting back was a sign of terrorism and treason.

This film, Catch a Fire, is based on the true-life story of Patrick Chamusso whose life was turned upside.

A man who was apolitical and loving to his family, Chamusso was unaccounted for during a span of time in which the oil refinery he worked at was bombed.

As a top suspect he was arrested and tortured, along with his wife to try and make him comply, before finally being released.

Director Phillip Noyce has brought to the table a tale that not only shows a sympathetic side to the black people of South Africa, but also a side of moral ambiguity to the whites.

Playing the head of anti-terrorism is Tim Robbins in a subdued and nuanced performance. He is a man that feels what he is doing is right and necessary for the protection of all South Africans.

The bombings and killings need to be stopped for all to live in harmony. Unfortunately, though, he doesn't seem to really see the consequences of his actions in finding out exactly who the leaders of the resistance are.

By seeing people as guilty until proved innocent, his compassion to let the non-guilty go, rather than be strung up as a symbol like those around him would like, does little when the innocent turn from the atrocities and become the enemy as a result.

Beating those that have not wronged for events they had no part in will eventually eat away at their souls until they realize that something truly is broken with the system, and instead of having one's family hurt for nothing, let the pain and suffering mean something.

The mentality soon becomes that if I am tortured for keeping to myself, I might as well fight back to slowly chip away, slowly accomplish something for my trouble.

These are the thoughts that come to Patrick Chamusso after his wife is beaten while he sits and tells the truth about where he had been during the bombing.

Played wonderfully by Derek Luke, Patrick is portrayed early on as a loving husband and father, sticking up for friends in a way to amiably keep trouble far away.

He helps the local children stay off the streets by coaching them at soccer and he feels pride for the job status he holds at the mine, making a good enough living to support his family, but also understanding his limits and not being greedy to want more than the love of those close to him.

The transformation he goes through after being released from wrongful imprisonment is subtle and heartbreaking. He leaves his family behind so as to help his people in a guerilla war; he must leave in order to come back without the guilt or embarrassment the Afrikaners have instilled in him.

All the scenes in the terrorist camp are intriguing and well-made, good people doing the only thing left that they can do in a world closing in on them.

Emotions run high during the course of the film. Faces of anguish and pain are always cropped close in to see the souls screaming behind dampened eyes.

Everyone is played against each other through lies and deceit with each turn adding to the powder keg that you know has to eventually let loose.

The addition of many African tribal songs helps create mood as well as the back and forth between English and the South African native tongue.

All the supporting roles also add depth to the proceedings, especially Bonnie Mbuli as Chamusso's wife Precious and those playing Robbins' character's children and wife.

Noyce show us both sides of the equation in his film and asks us the question of how far we'd be willing to go to do what's right, no matter what side we are on.

Prime Video has you covered this holiday season with movies for the family. Here are some of our picks to get you in the spirit.

The first release from the album sessions was the "Baby We've Got a Date" single, released in early on Island's Blue Mountain subsidiary. Catch a Fire has been re-released under different recording labels with different track lengths.

In , a special collection edition was released containing unreleased, non-overdubbed "Jamaican" songs on the first side and the original, overdubbed album on the second side.

A documentary about the album, directed by Jeremy Marre , was released in , featuring interviews with the musicians and engineers who worked on the album, archive performance footage, and home video footage filmed by members of the band.

The album's supporting tour began in in the United Kingdom and then moved to the United States.

In England they performed on 19 shows at universities and clubs. In the first performance singer Bunny Livingston performed for the first and last time for the Wailers, as he was unhappy touring outside Jamaica, difficulty finding suitable food due to his strict Ital diet a contributing factor.

These concerts marked an important step towards international acknowledgement. Catch a Fire had a positive critical reception.

Village Voice critic Robert Christgau said "half these songs are worthy of St. John the Divine ", and "Barrett brothers' bass and drums save those that aren't from limbo ".

This album is essential for any music collection". All songs were written by Bob Marley , except where noted. From Wikipedia, the free encyclopedia.