I will be alone and travel with a rental car through Wales for two weeks. So i have seen a report in the german tv about Wales, and i knew for one moment, i must visit this country!

So i found today your Internet- report and i will say: Thank you for the informations there…. Thanks for embracing my sarcastic humor.

The English were not the first people to settle in Wales — or Scotland or Ireland. All of those places have native languages often a version of Gaelic , and the same is true in Wales!

It looks and sounds nothing like English. Yes we do have our own language, but most people can speak English. There are still many areas where people speak Welsh as their first language, particularly in the north.

The Welsh are possibly the last enclave of the original British. I was soooooo angry reading this because I am Welsh and it was quite offensive, no one that I have gone up to has ever said anything like this.

This comment is not meant for any hate I just wanted to get my point across thank you? You just insulted wales by calling it an amazing place?

How stupid can one man get? You said that adorable towns and not a lot of tourist are reasons you should not go to wales.

But man, come on bro. You should of thought this through. And you should perhaps read the entire post before commenting, bro. This is all sarcasm — these are reasons why people SHOULD go to Wales, and I explicitly explain that at the end because apparently lots of people have been confused by this.

I love Wales… It looks mature, stony, chilly, a bit spooky, but positively beautiful. Send me some information about Wales, brochures, info-mails, pictures… cannot get enough of it.

Wales is amazing but the welsh hate anyone apart from welsh and i dont blame them they want to keep it welsh just how England wanted to keep it English but failed miserably.

Their keeping it a true welsh country and not a dumping ground for every nation on earth. And yet when people from some of those countries they colonized want to move to England, forget about it.

Very true, i have nothing against mixing cultures but if you were from the uk you would understand. And this post had nothing to do with what i was drolling about so excuse me from diversing the nature of it I was just stating the fact and telling how one of a very few western countries is trying its best to stay to its own even from its neighbours thats why so few tourists.

Just came back after spending two days in Snowdonia and loved that train station at Betws-y-Coed along with most of Wales had to offer. I only spent couple of days but Welsh people were brilliant.

Humble, helpful and respectful but finding specific food is a pain. Not a lot of south Asians so it was impossible to find Halal food. Wales is definitely underrated and i plan to visit again in summer.

I enjoyed reading your post. I am going to Wales this June and am very excited. I loved, loved, loved this post and the pictures and the sarcasm even though I am never sarcastic said with sarcasm.

You provided some very interesting starting places. Are there inns or bed and breakfast places available most places? Also loved your reference to Lord of the Rings.

Glad you enjoyed the post! Tongue in cheek is a form of joking. Mmm…this honestly makes me feel a wee bit sad for Wales! Though at the end of the day everyone has their own likes and dislikes I suppose Did you read the entire post?

As a 25 year old Indian male , I just want to move to Wales with my future wife, and live a peaceful quite life. Love the post! Then you should enjoy this post!

You could offend people and even worse, loose fans. Every time you visit a new country I would recommend noting the good things about it.

After all at the end of the day you could have ended up with Welsh readers. I would recommend reading the entire post before you leave a comment!

And this is explained very clearly at the end of the post. This Pretty much convinced me to visit Wales. And I want to know, Was this post sarcastic?

I mean Wales looks really awesome. You can go any time of year, honestly! I visited in late September and it was quite lovely. I am American and just came back from Wales yesterday after spending a week there.

I went to visit a childhood friend. Before I visited, I was so excited to see all the things you have mentioned, but my host refused to show me any place much beyond Cardiff.

It turns out that many Welsh have never been to the places you have mentioned due to road way conditions…one lane to be specific.

Weather is also a concern…while I was there two named stormed came through with 30pmh winds and cold temperatures.

There is a high rate of depression among the Welsh. I also learned that with this depression comes lack of selfcontrol with the tongue and anger.

The specific Welsh people that I visited were rude to strangers and muttered and grumbling about everyone and everything all the time…racial comments made.

If I could do it over again, I would go in a time that is warmer I visited in mid March and not entangled myself with the person I visited.

I wanted to sign up for a Meet Up hiking group, but was told by my host not to make those plans. If the people that I visited are a representation of Wales, then it would not be good.

They take why we say literally. I sensed that many may they have a chip on their shoulder they are overly sensitive and lash out before asking for clarification.

It has been said that 1 in 6 people are taking antidepressants in Wales. I think my biggest takeaway was that even though this country speaks English, there is still a huge vocabulary difference.

That is when I learned that he was referring to a backpack or bookbag as more commonly used in my area of U. His Welsh accent was heavy and he left out consonants at the end of syllables and at the end of words.

He was continually frustrated with me for not listening understanding what he was saying and the when he was angry he would not speak directly… he would use harsh sarcasm.

So this posed another problem — interpreting his sarcasm funny or angry. Because his reactions were so big, I assumed that he was trying to be funny and would smile or laugh.

I realize now that he was really being mean and so my reaction just frustrated him more. I can only remember one time when there was a laugh between us.

Although, I was encouraged by him to come a visit, he was embarrassed of his living conditions and that attitude prevailed during the entire visit.

I hope all Welsh people are not like this. Sorry to hear you had such a poor experience there! I wish to say that I am stunned. I am Welsh and, in my 58 years experience of living in Wales, I can only apologise for your experience, and say that the majority of Welsh people are warm, welcoming, friendly and helpful.

I love living in Wales, and cannot imagine living anywhere else. It is such a beautiful country, and always delightful to explore.

When we travel to other countries there can be culture differences, which can be amusing, odd or outright disagreeable to us. A family visit to France a number of years ago resulted in us vowing never to visit the country again.

We came across rude, arrogant and aggressive people, who showed us no kindness or tolerance. Even when we were lost, we asked numerous people for help.

Even showing them a piece of paper with the place name of where we needed to go, and trying to explain we were lost, was met with disdain.

We turned to the gendarmes for help and were told to go away! I sincerely hope you will give Wales another chance. Wales is spectacularly beautiful.

I recently spent a day in West Wales visiting Rhossili Bay, which is breathtakingly beautiful. Having some refreshments, we were delighted to chat with an American couple and then a Swedish couple.

Both couples completely over-awed by Wales, looking forward to more exploring, and commenting on the friendliness of everyone they had met so far into their trip.

Its one of the friendliest nations on earth! There is also no problem with transport routes, the M4 motorway serves south Wales and trains and A road links are fine across the rest of the country! 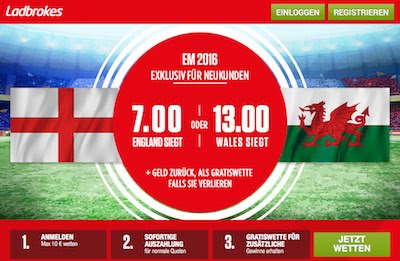